While working for Flux Studio at Oregon State University, a client approached my team got about redesigning the app interface of a new mobile card game. Battle Casters is a PVP digital trading card game in which players control a single character’s stats, movement, and attacks through the various cards they control.

drag, swipe or use arrow keys

At the start of the project, they showed our team the current prototype game. However they made it clear that all of the current assets besides the logo were placeholders and gave us free rein to create a new look and systems. 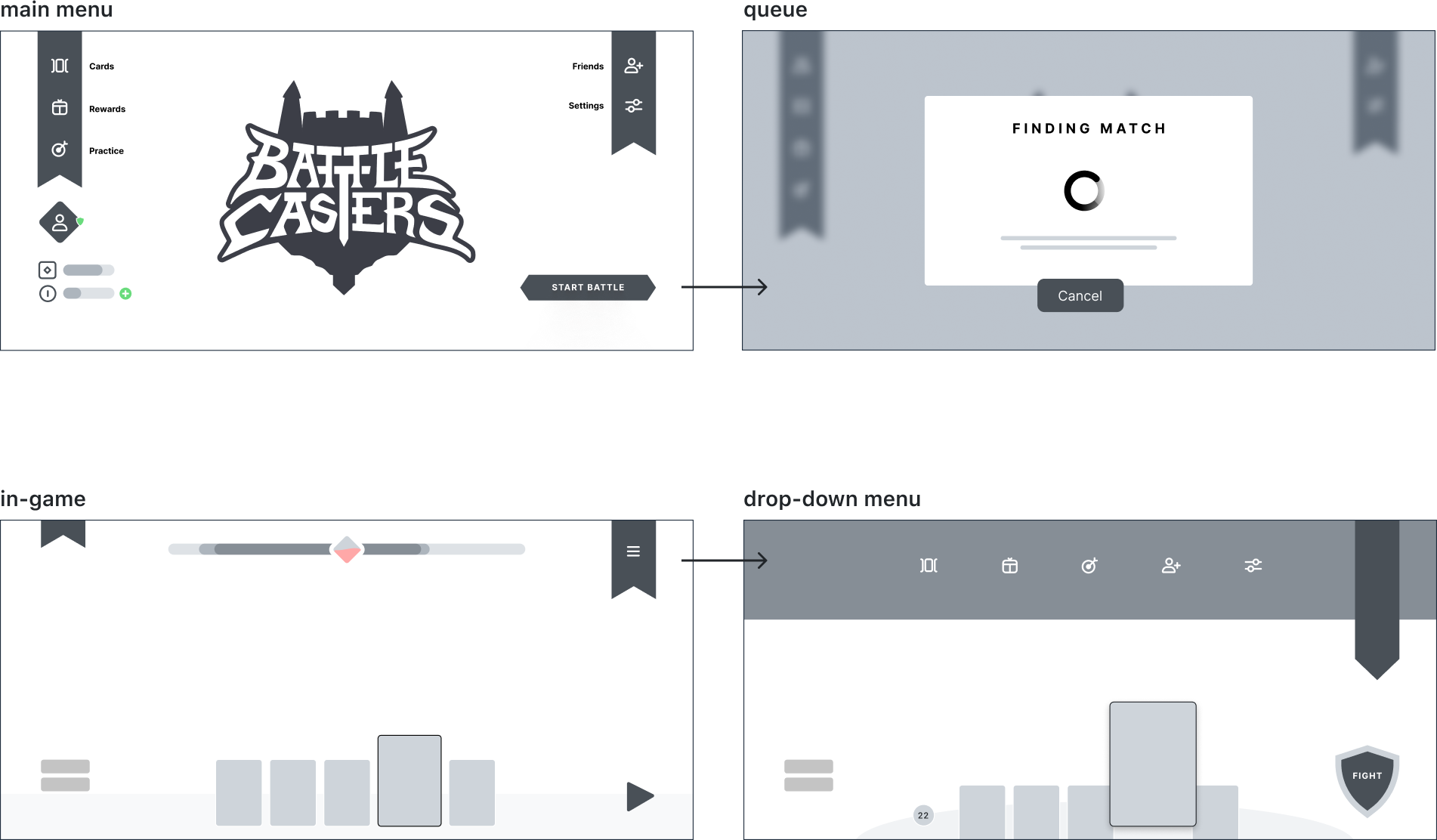 For the new look, we kept the texture paper background. To make the most of the screen and maximize the amount of battlefield a player can see at any given time, we made elements transparent and pushed them off-screen when not active. We positioned these interactive elements at the bottom of the screen to make it easier to hit with one’s fingers.

We used transparency and light to make the interface look more open and indicate information. To make sure that text would still be readable even on a light background we used subtle drop shadows and a slight blur effect along with a generous text-shadow.

While not in the initial brief, the design team felt that the current card design did not match the new UI assets and was not very legible when shrunk down to fit a mobile phone screen.

Some of the biggest changes were cleaning up the card shape and remove the textured background. To make the text more legible, we increased the font size and removed unnecessary elements such as flavor text and artist description. Instead, those elements were moved to the deck builder page. The team also moved the damage amount to the upper left to increase visibility. 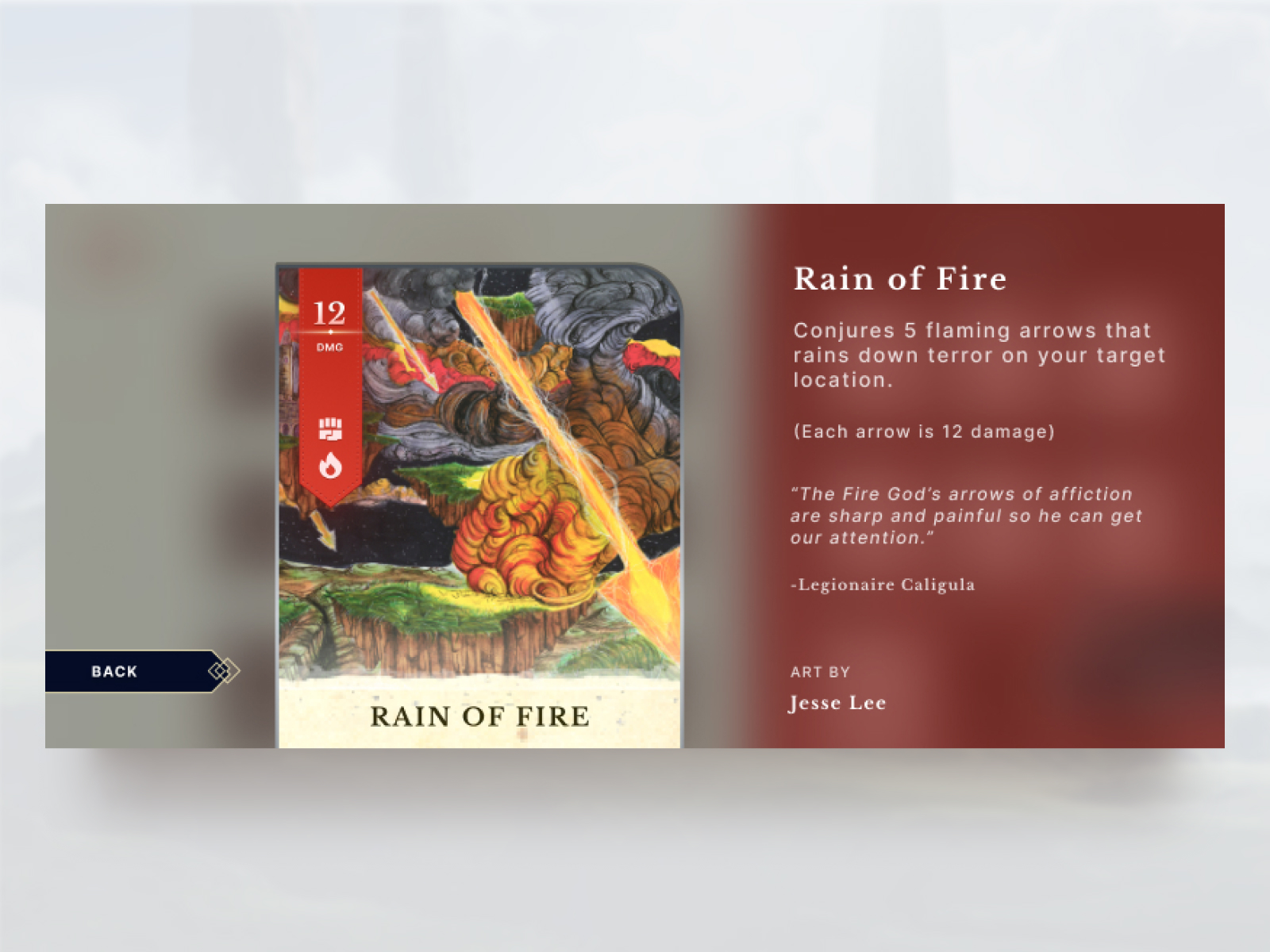 By removing the flavor text and artist credit from the card the player spends less time reading during in-game battles.

The deck builder iterations were one of the final screens created for the client. Using the design assets we’ve created, the deck builder uses the same UI buttons, banner styles and typography treatments.

The last component of the card we changed was the element symbols. The original symbols were more artistry rendered but did not scale well when smaller than 32px. Therefore a team member came up with a simpler flatter, more scalable symbol.

After the contract with our client ended, they took the design assets we created and implemented them into their game. While the client liked what we created, they modified our designs into their game. The following screens were not created by the design team, and is currently being developed by Group 6.